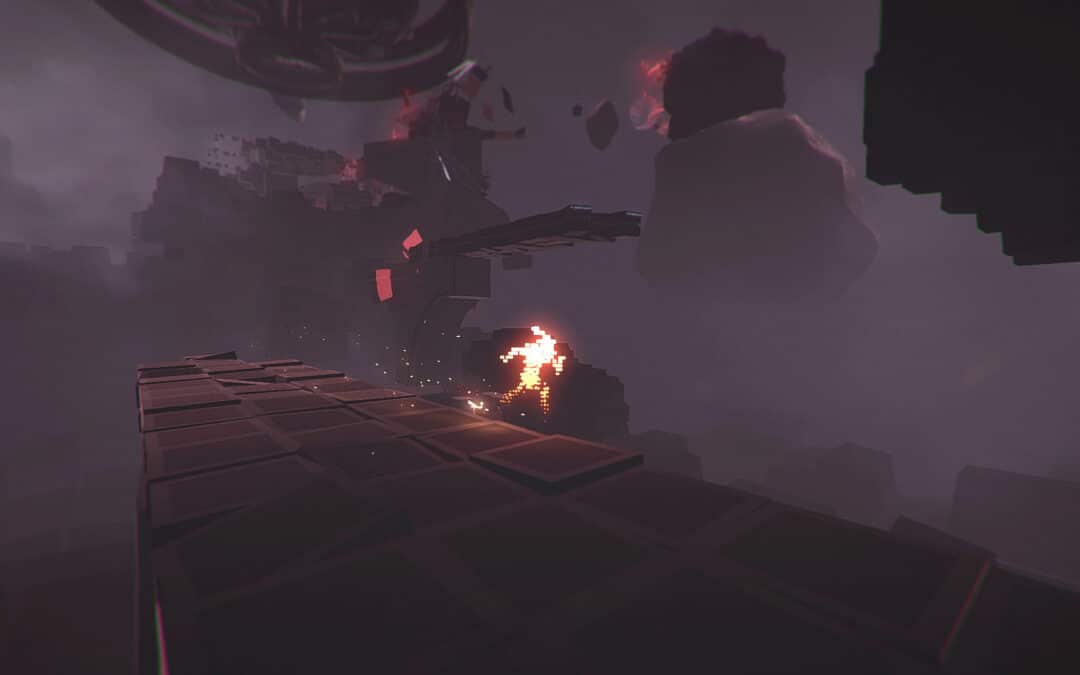 A single player experience, Recompile is built around a branching narrative system unique to the Metroidvania genre. Unlike a typical Metroidvania, it uses a dynamic narrative system based on play style, meaning player decisions alter the world and can lead to any one of multiple endings. Recompile also features intense combat, tight 3D platforming, environmental hacking mechanics and super-powered abilities, all set to a reactive soundtrack of blistering electro.

Meanwhile, its sinister sci-fi narrative explores everything from machine sentience to the nature of reality. Players are a rogue piece of semi-sentient code, trapped in The Mainframe – a sprawling digital wasteland dead-set on deleting trespassers. World obstacles include intelligent enemies and intricate environmental circuitry, and both require the mastery of new abilities. Everything, right down to foes, can be hacked.

“In April I posted a gif on a game I was working on Twitter that changed my life. Within a day the post was shared thousands of times and that interest helped me turn my hobby into a full time job”, says Phi Dinh, co-creator of Recompile.

“Since then I have been working hard on Recompile with the team to give the Metroidvania genre a new spin with the branching narrative system.”

– A range of futuristic weapons and super-powered abilities.

– Intense and intelligent combat with a host of deadly NPCs and boss battles.

– Hack through environmental circuitry, gates and even enemies.
– Multiple endings depending on play style.

You can find more info the game page here and the new assets in the press kit.