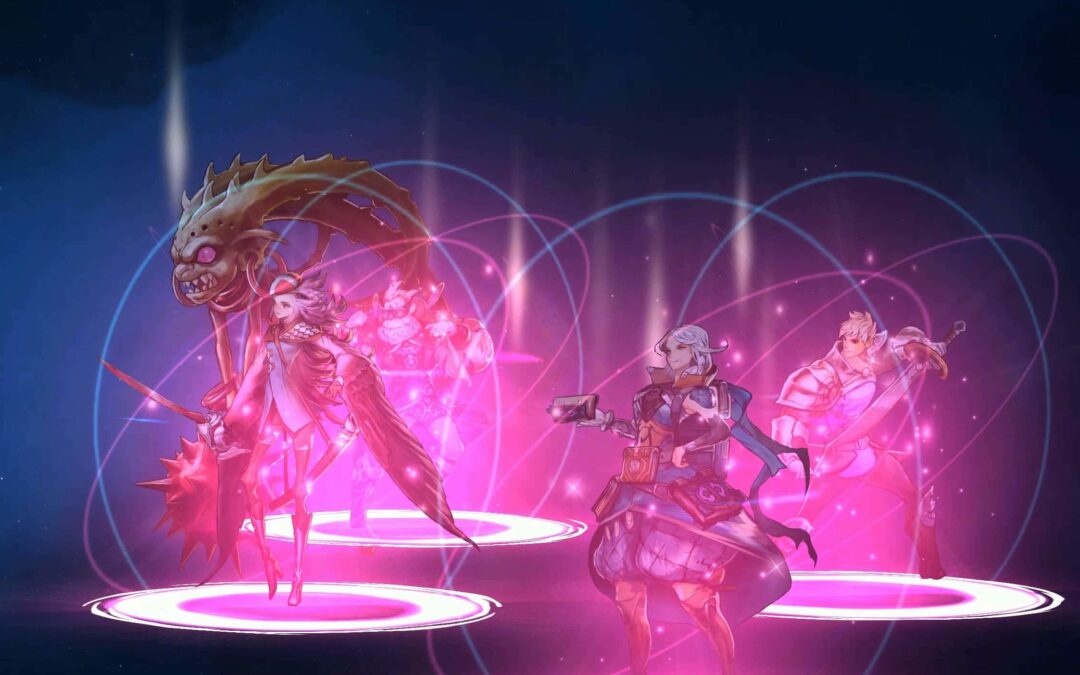 An epic adventure with the charm and pedigree of a classic JRPG, Astria Ascending tells an expansive story of fate, sacrifice and new beginnings. The game was developed over the course of three years by a team of ten developers at Artisan Studios, and boasts contributions from world-class JRPG developers, with a narrative written by Kazushige Nojima (Final Fantasy VII, Final Fantasy X, Final Fantasy VII Remake), score by Hitoshi Sakimoto (Final Fantasy XII, Vagrant Story), and art from CyDesignation (Akihiko Yoshida and Hideo Minaba).

In a world where chaos looms, players take control of the Demigods – a motley crew of eight heroes charged with the fate of the world. Each character has their own story, explored across five cities, twenty-five dungeons and thirty hours of gameplay up to fifty for 100% completion. Along with the finely tuned turn-based combat, players can try out a range of side quests and mini-games, including an original fantasy-themed token game.

‘Getting here has been a long and eventful journey, like any great RPG! But now we’re finally at the destination and I can’t wait for players to experience this world.’ said game director Julien Bourgeois. ‘Astria Ascending has been a great opportunity to create our vision of a JRPG for the modern era, while still respecting the classics.’

Fight for the future while you reckon with the past; sacrifice everything, relinquish nothing. The story of Astria Ascending was developed in part by writer Kazushige Nojima, known for his work on Final Fantasy X and Final Fantasy VII Remake.

Travel the world of Orcanon, a richly imagined and fully animated 2D landscape with five cities and a dynamic weather system.

Pick from eight customisable player characters spanning a range of fantastical races and skills, and assemble a diverse team of heroes.

Work together to save the world, waging strategic turn-based battles using the innovative focus point system.

With music and SFX from composer Hitoshi Sakimoto (Final Fantasy XII, Valkyria Chronicles), Astria Ascending is a heart-swelling joy to listen to.

Founded in 2016 and based in Québec and south of France (Montpellier), Artisan Studios is the developer of Super Neptunia RPG (勇者ネプテューヌ) and currently working on the gorgeous JRPG Astria Ascending. The studio is made up of ten passionate souls specialised in the creation of beautiful and moving 2D RPGs.

Dear Villagers is a publishing label of Plug In Digital. It’s a warm-hearted invitation to join us in the little unusual neighborhood we are building within the gaming industry, a place where talented studios can unleash their creativity and where players enjoy distinctive and audacious games on PC and consoles, such as The Forgotten City, Edge of Eternity, ScourgeBringer, and The Dungeon of Naheulbeuk: The Amulet of Chaos.