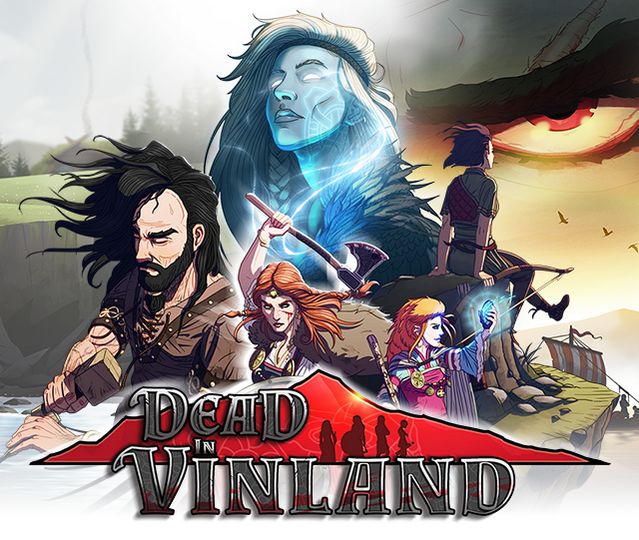 24th January, Paris, France – Developer CCCP and publisher Playdius (Bury me, my Love, A Normal Lost Phone, Edge of Eternity) today announced a Switch version of the Viking-themed in-depth survival management sim Dead in Vinland, including all the DLC of the PC version. The game is coming to Switch in Q2 2019.

Moreover, the PC version of Dead in Vinland is getting the major DLC “The Battle of the Heodenings » today for €4.99/$4.99 adding a new sandbox-style endless mode to the game.

You can watch the new Switch announcement trailer here

You can watch the new DLC gameplay trailer here

Named after the tale of an endless battle from Norse mythology, the second out of three DLC releases focuses on the survival aspects of the game and offers the ultimate challenge: first players freely customize their initial party, skills and traits, then they must survive for as long as humanly possible. An endless map awaits with increasingly difficult tributes, as well as new skills, traits and merchants.

Dead in Vinland is a survival management sim that centres around a family, exiled and stranded on a mysterious island they are forced to work together, tame the land and fight for their survival.

Players must care for their struggling community, managing both their physical and mental health, as well as helping them defend themselves in tactical turn-based combat.

Explore the island and the characters with meaningful choices that will lead the heroes through desperation, joy and maybe even romance.

“We were very pleased with the original launch of Dead in Vinland and the community feedback. That’s why it’s great that we can not only bring the Viking lands of the game to new Switch players but also expand the game.”, says Matthieu Richez, Game Designer and co-founder at CCCP.  “It’s really exciting that we can add an in-depth and super challenging endless mode to the game with the “The Battle of the Heodenings » DLC. Its perfect for all fans that want to fully focus on the management and RPG elements of the game.”

You can find assets in the press kit.

ABOUT CCCP
CCCP is a small French development studio. For a dozen years, the team   games, but now focuses on making MANAGEMENT and RPG games, with NARRATIVE elements. They want to make CHALLENGING and MEANINGFUL SOLO, PREMIUM games, where the player has to THINK and DISCOVER. http://cccp.fr/games/