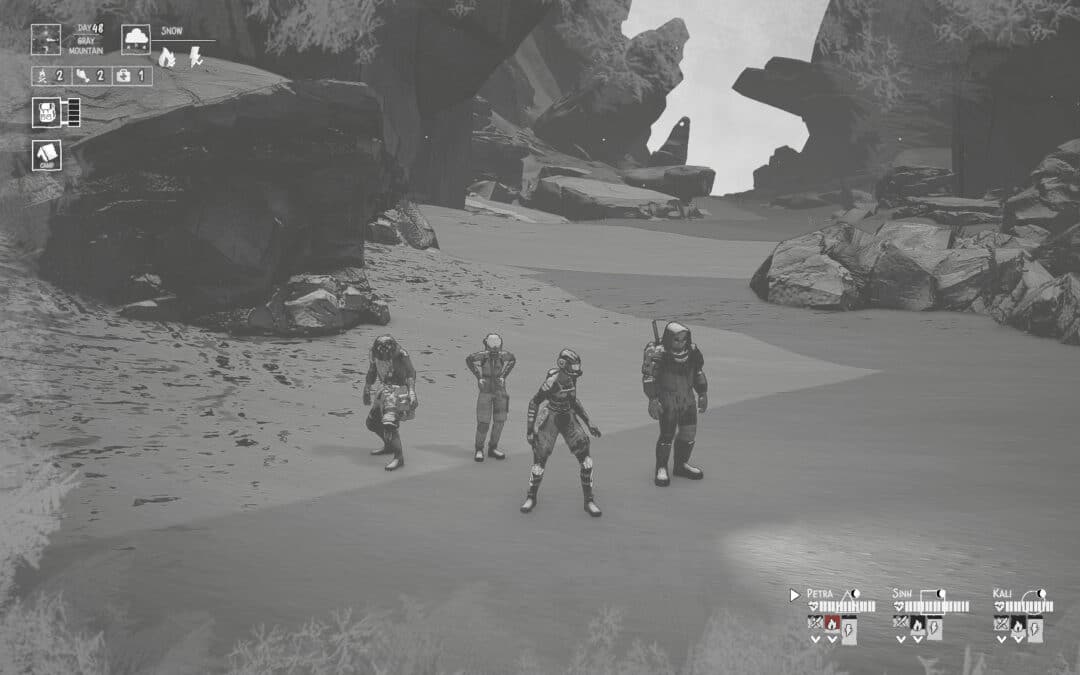 In Ashwalkers, four adventurers journey through a harsh world, making difficult decisions that dramatically affect the course of the story. Players have to manage the party’s food and equipment and find their way through a dynamic narrative with multiple possible endings.

The years after a geological disaster, a group of survivors called “The Squad” set out into a ravaged world. They need to find a safe haven for their people, but to reach it they must cross a post-apocalyptic wasteland full of complex moral dilemmas. Get to know four fascinating characters and the shifting dynamics between them as you travel to the end of the world.

The game began life as a student project, growing to a full-size game under the supervision of Nameless XIII. Based in Toulouse, Nameless XIII is a new seven-person studio founded by Hervé Bonin, co-creator of Life is Strange, whose role in the project was that of a mentor and producer – he considers creative lead Matteo Gaulmier responsible for the ‘soul’ of Ashwalkers.

Ashwalkers  is available on Steam, GOG and the Epic Store for $11,99 / £9,29 / €11,99 with a 15% discount during the first week of launch. The language options are English, French, German, Spanish, Simplified Chinese.

‘From a student project to a full release, it has been a true joy to watch this game come together,’ said Hervé Bonin, founder of Studio Nameless XIII. ‘It explores themes of survival and sacrifice in a way that only a video game can, and I believe it will linger on in the minds of players for a long time.’

Nameless XIII is a new French independent studio made up of seven people, including several former students of ETPA Toulouse who created the initial prototype of Ashwalkers. Headed by a former DONTNOD executive, this young team intends to specialise in narrative survival games set in hostile universes and full of moral dilemmas.

Dear Villagers is Plug In Digital’s publishing label. It’s a warm-hearted invitation to join us in the little unusual neighborhood we are building within the gaming industry, a place where talented studios can unleash their creativity and where players enjoy distinctive and audacious games on PC and consoles, such as Edge of Eternity, ScourgeBringer, and Recompile.

24 Entertainment is a global publisher with extensive expertise in Asian territories such as Greater China, Japan and Korea. We’re dedicated to growing the premium PC and console markets in Asia, by bringing the best indie games to Asian markets and hosting the [F5] Games Show in China. 24 Entertainment is a full subsidiary of NetEase, and also the publishing studio for the upcoming multiplayer action game, NARAKA: BLADEPOINT.