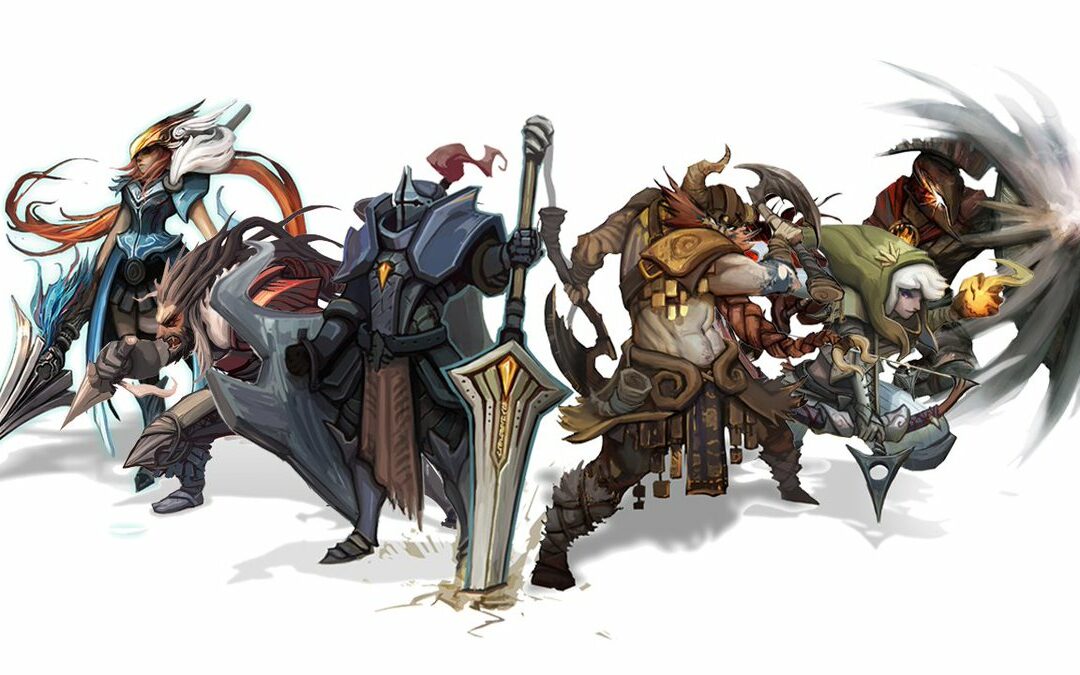 Delivering ultimate “Dodgebrawl” battle experience, Strikers Edge allows players to choose from a roster of eight ancient warriors from different eras and civilizations, each with unique abilities, play styles and strategies. Dodge, take cover, block, aim and scorch the earth with devastating moves! Fight online or locally across four different arenas and achieve the ultimate victory in 2v2 matches with a friend or become the best striker in 1v1 battles. When medieval fantasy meets dodgeball, only the top striker will be victorious!

“We are eager to release Strikers Edge to the players that have been following our game from the beginning,” said Filipe Caseirito, Founder and Programmer at Fun Punch Games. “In addition to the cross-platform play between PC and PlayStation 4 players, we are excited to implement Twitch Mode for PC players to stream their rise to the top!”

Designed not just for players, but also with livestream audiences in mind, Strikers Edge includes a special Twitch Mode, exclusive for PC. Viewers in chat can vote on a variety of match modifiers, making for memorable and messy battles with options such as Slippery Floors or Huge Weapons! Viewers can also participate during matches by taking on the role of in-game audience members. Cheer and boo Strikers and see your actions affect matches in progress! For full details on Strikers Edge’s Twitch Mode, please head here.

To celebrate today’s launch, Playdius and Fun Punch Games are excited to offer Steam players a 17% launch-day discount on Strikers Edge for one week at $12.44 USD. Keeping with the spirit of friendly battle, the Steam sale figure was determined by the number of community wins against the developers during the recent Strikers Edge multiplayer beta tournament. For highlights from the heated player-versus-dev battles, please head here.

PlayStation 4 players in North America can also look forward to a 10% launch-day sale for Strikers Edge for one week, and can pick up the game via PSN for $13.49. And, PlayStation 4 players in Europe can also look forward to a weeklong launch-day discount of 15% and can download Strikers Edge via PSN for € 12.75

ABOUT FUN PUNCH GAMES
Fun Punch is a small independent game development studio based in sunny Lisbon, Portugal. The team is currently working on its first game Strikers Edge. We pack a punch into our games. A fun one.
Fun Punch and Strikers Edge are supported by PlayStation Ibéria.

ABOUT PLAYDIUS
Playdius is the publishing branch of Plug In Digital, video game distribution leader based in France. Since 2015, we are patiently building a strong line up on PC, Consoles and Mobile with games from all over the world such as Hover, Bury Me My Love, Splasher or upcoming Away and Edge of Eternity.

Our ambition is to bring to the players the very best of incredible indie production, with creative and different games that match with our motto: “Play Outside the Box”.

← Strikers Edge Brings the Ultimate Dodgebrawl Battle to Steam and PlayStation®4 on January 30 Point & Click Your Way into History by Backing Jengo on Fig, Humanity’s Last Hope for Old School Adventure Games →
We use cookies on our website to give you the most relevant experience by remembering your preferences and repeat visits. By clicking “Accept”, you consent to the use of ALL the cookies.
Cookie settingsACCEPTACCEPT ALLREJECT
Manage cookies